Arjuna, the epic hero of India’s Mahabharata and protagonist with Krishna in the famous Bhagavadgita, was said to be ambidextrous. He is called “savyasachi,” which is often translated “left-handed archer.” But what this actually means is that Arjuna could knock the arrows of his bow with either hand, doing what is effectively impossible because he could cross his arms and shoot from the “other side.” His bow itself then is complicit in this nearly impossible feat, rising to the occasion of being more than it appears but always the proper instrument for the task. Arjuna’s Mid-Century Modern Bow pays homage to the minimalist refinement, austere and simple formulation, and a dedication to purpose—much like Arjuna and his bow. Made of pieces that came originally from an antique bow from Papua New Guinea, half of a kick drum and other drum bits, and lightning rods, the “bow’ is part industrial design, part organic found objects. 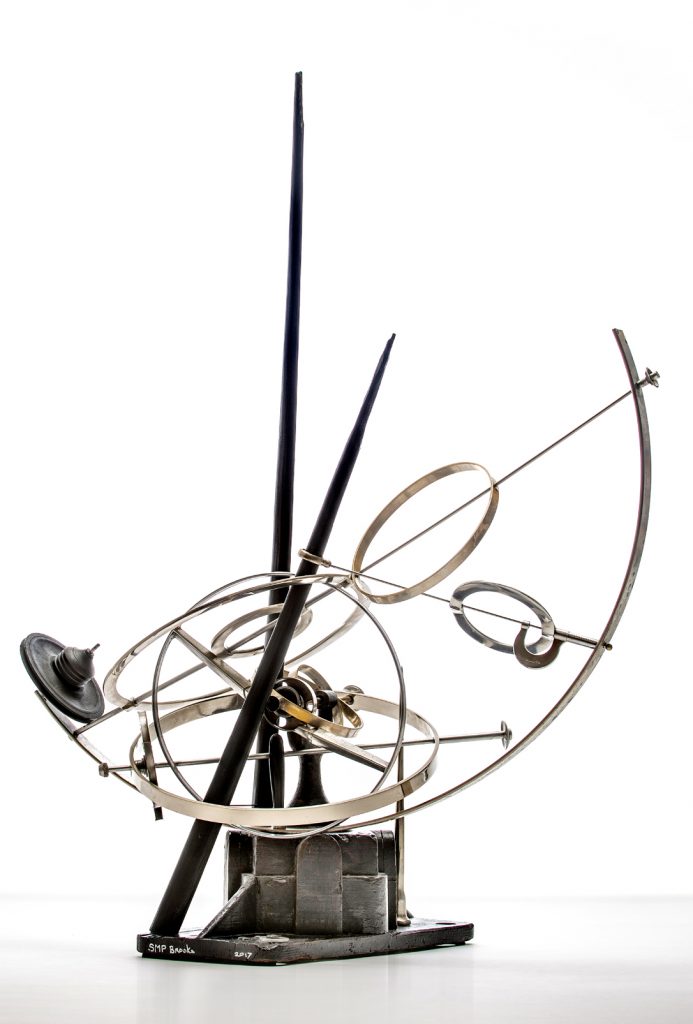